How to Put the Appeal in Your Year-End Request

It’s the end of the year and at most nonprofit organizations, that means an increase in giving. Perhaps people want the end of year tax deduction, or maybe they are just more generous while in the “giving” spirit. Whatever the reason, you would be smart to capitalize on this trend, and craft an appeal that taps into this generosity.

With all the rushing around going on at this time of year, it’s easy for people to ignore what they can’t see or feel, like starving children half-way across the world, suffering animals, depressed elderly and the mentally ill.

So, how do you grab people’s attention in all of this noise?

First, determine what your message will be. Year-end giving should not only be used as a fundraising opportunity but also should bring supporters up-to-date with your successes throughout the year. In addition, having a message (or focus) ready to go for the coming year will prepare people for what their money will be used for.

Second, segment your donors (churches are not individuals, and businesses are not foundations). Be sure to craft your message for that segment, and then offer them reasons to give now rather than later.

Third, use levels effectively. Year-end appeals are important for nonprofits, but now is the time to be selfless – put yourself in the donor’s shoes. Why should they give? What will their money be used for? Make sure you have outlined what a gift of $25, $50, $75, $100, $250, $500, etc. will do for the people (or groups) they empathize with. People give from the heart, not the head, so be sure to appeal to the right place!

Fourth, don’t ignore the awkward silence! If you have not communicated with your donors or potential donors throughout the year, they will notice that, and your appeal will have little impact. They will simply think – “All they want is money”, and they would probably be right. Your appeal will simply find its way to the trash! Make sure you regularly communicate updated information on what’s happening at your organization and thank them for their loyal support throughout the year.

Once you’ve crafted your strategy, you should start your appeal with a great opening line like:

But don’t just rely on a good opening line to pull in the big bucks. Think about these things, too:

Your appeal should NOT be all about your organization, but instead, should show how the great work of your organization does something your donor might be interested in. Put the emphasis on the donor and their interests, and you will gain a loyal supporter.

Although we already said it, don’t forget that donors typically give because of emotions, not reason. Raising funds for non-profit is like falling in love, the decision to give comes from the heart, not the head.

It’s very important to highlight stories, not statistics. You’ll get a much higher response rate if you tell your donors and potential donors an interesting story about an individual or specific project.

Don’t try to pack too much into an appeal. When you need to communicate with your donors about giving for one specific issue, stick to that issue.

As simple as it sounds, you need to make your appeal appealing and when you do, you’ll see your end giving soar!

Get your insights today!

Search for tasks you need to run your nonprofit

Do you need a graphic designer, fundraiser, leadership development expert, marketer, or virtual assistant?  Find it at Taskintern.com.

It’s free for nonprofits to search and for freelancers to list their services. >>

A Place for Nonprofits to Get Things Done (Cheap)!

How to Put the Appeal in Your Year-End Request 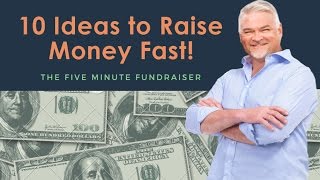 Best Definition of Fundraising Ever!

What Dr. Phil Says About the Board/Chief Executive Marriage

33 Free or Low Cost Web Based Resources You Will Love

Top Fundraising Ideas You Can Use Today 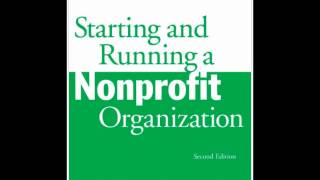 How to Start a Charity